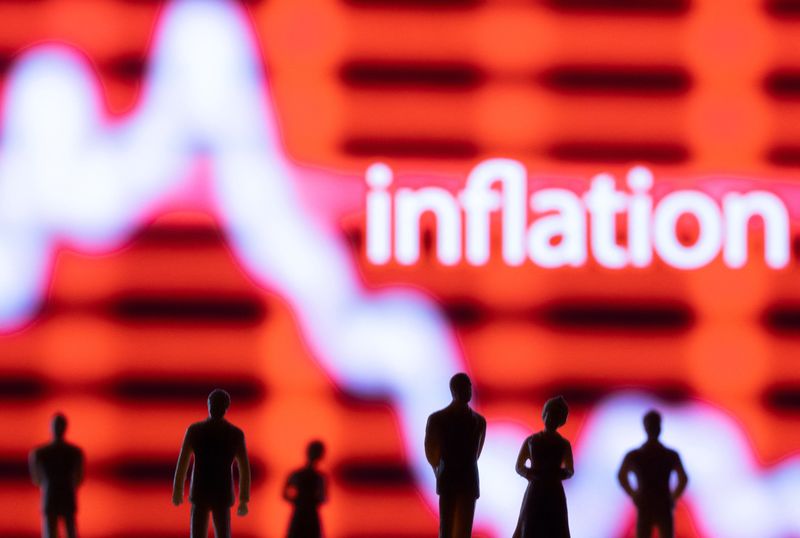 Good morning and welcome to another week in the markets.

Asian markets began the week with a move higher, taking their cue from the US and its strong finish to last week. However, China's denial that it was considering easing its zero-Covid measures cast a shadow over the session.

Risk assets had surged on Friday on hopes that China might begin to unwind some of its stricter policy measures, but comments over the weekend seemed to negate this, with a winter of restrictions likely ahead for the world's second-largest economy. Apple reduced its output forecast for its new iPhone by three million units due to cooling demand, adding to the more cautious atmosphere among traders.

Inflation is the main theme of economic news this week with consumer price index and producer price index updates from the US, China, Germany and Japan.

Whatever the US figure, Fed chair Jay Powell made it crystal clear in his comments last week that his team will do what it takes to squeeze inflation out of the economy. The consensus is for a 0.7 per cent increase in the monthly US figure to create an annual figure of 8.1 per cent.

The Bank of England’s gloomy projections last Thursday that the UK is entering its longest recession since the second world war sets the tone for this week’s big UK economic news item: the first estimate of third-quarter GDP on Friday. This is expected to show a contraction of about 0.2 per cent quarter on quarter.

With high street sales down in the UK and talk of a prolonged recession, British retail is not in a good place.

Marks and Spencer will on Wednesday present its first results under new management after the retirement of former chief executive and company lifer Steve Rowe over the summer. His replacement, Stuart Machin, has already set out his stall in terms of accelerating the overhaul of the store estate and redoubling cost-cutting efforts so the focus is likely to be on current trading.

Rival Next last week stuck by its full-year guidance after sales held up in early autumn. M&S investors — who haven’t had a dividend since November 2019 — will be hoping Machin does likewise.

WHSmith profits are set for a bounce as the world’s travel industry recovers from Covid lockdowns. Travel revenue, much of which comes from airport stores, was already running well ahead of pre-pandemic levels at its last update in early September.

Meanwhile, there were few hints of a slowdown in quarterly results from airport duty-free group Dufry last week.

The key constraint is capacity limits at major airports, notably London Heathrow. No doubt there will be further discussion of this on Monday when Ryanair reports first half numbers.

The tail-end of the season’s tech earnings news is likely to continue the gloomy mood. Lyft, reporting on Monday, last week announced significant job cuts, its second round of redundancies in recent months. Lyft is not alone among tech firms having to tighten their respective belts, but it does not look good for the ride hailing service, a smaller rival to Uber, which is also selling its vehicle service business.

Elsewhere, we have a clutch of drugmaker updates. BioNTech, which reports on Monday, is among several Covid-19 vaccine producers that have begun raising the price of their jabs amid concerns about falling demand in 2023.

Airfinity, a health data analytics group, forecasts sales of Covid vaccines falling by about a fifth to $47bn next year. There are also concerns about AstraZeneca, which reveals third-quarter figures on Thursday, after the nasal version of its Covid vaccine failed in trials. Better news is expected from German drugs and chemicals group Bayer, whose figures are out on Tuesday.

Here is a more complete list of what to expect in terms of company reports and economic data this week.

It looks like this week will be dominated by inflation readings globally, particularly the US reading which tends to drive market direction much more than other markets. Will we continue to witness sky high inflation, or will the hoped for reduction start to filter through?

European equity markets have climbed off their lows in October, whilst US markets remain incredibly volatile. Particularly the tech sector.

This week's inflation data could be key in regards to short term equity market movements.

Also, don't take your eyes off Friday's GDP reading in the UK. It could be pretty dismal.


It's interesting how we've noticed many of our traders and trading teams start to adopt some short sell positions on their portfolios. The most common markets being sold right now are the DAX and CAC in Germany and France, alongside a selection of the US markets. The FTSE 100 had a strong week last week which witnessed some profit being taken by our traders and trading teams. Perhaps the surprise addition to many of our portfolios were BUY positions in the Nasdaq. After a large sell off as of late, is the time right to move into the US tech sector? I guess time will tell.

Looking across the board the overall bias on our platform right now is SELL DAX, CAC, DOW and S&P whilst BUYING NASDAQ.


After an excellent month in October where the average strategy on TPP yielded 15.4% for the month, our trading teams will be keen to maintain their strong run of form.

Last month it was acheived via markets moving from lows, combined with short term trading on both the BUY and SELL side.

Will this month witness something similar?

October was the best month for quite some months for our teams, and with the markets still dramatically undervalued, it is shaping up to be an interesting end to the year.